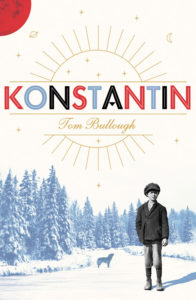 It is 1867 and winter in Ryazan, a city on the banks of the Oka River in Central Russia. Konstantin is ten years old. His days are full of dreams of flight – to Moscow, even to the silent stars. But then, one day, he catches cold in the freezing woods near his home and his own world becomes silent. Left deaf by scarlet fever, his outlook is desperate. Only his fascination with a newly mechanised age and his astonishing visions of humanity’s future seem to offer him any sort of hope.

To escape the earth, Konstantin learns, he must travel at 11.2 kilometres per second – ten times faster than a rifle bullet. But how to achieve such an incredible speed?

Moving from wolf-infested forests to the brothels of Moscow, from the confines of village life to the wonders of the Age of Steam, from appalling tragedy to the discovery of a great love,

Konstantin, Tom Bullough’s brilliant, inspirational novel, tells the extraordinary story, based on a real-life character, of the first man to reveal how travel into space is possible. It is a story of man, nature, and the limitless power of the imagination.

Konstantin was conceived in St. Petersburg airport, one afternoon in February 2000. I was on my way home from visiting my brother Ol, who lived in Russia for six or seven years, and as I was passing duty-free I noticed a bottle of vodka modelled on an R-7/ Vostok rocket. Of course, I couldn’t have told an R-7 from an N-1 moon rocket at the time, and the bottle, while striking, was just another bit of Soviet kitsch. Nevertheless, I felt a sudden, electrifying conviction that I had something to write about Russia and space. 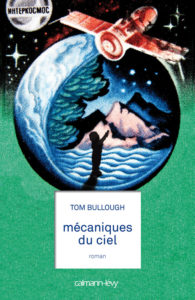 A day or two later, I bought This New Ocean, a history of space travel by William E. Burrows. By chapter two, I had become wildly excited about Konstantin Tsiolkovsky, “the father of Russian rocketry”. By chapter ten, I had become equally excited about the first spacewalk: the 1965 flight of Voskhod 2. As it turned out, these are the two key ingredients of Konstantin – although, as a callow 24-year-old, a hearing, scientifically illiterate, non-Russian speaker living in material discomfort in the Welsh borders, it didn’t even occur to me to try and write a “book about a deaf, 19th-century Russian scientific genius” (as a friend described Konstantin recently). Nor, indeed, one about floating around in space.

The name Russell Hoban appears repeatedly on this website. There are other writers I admire, writers I like as much to read, but none from whom I have learnt so much. Take this passage from his 1987 essay, The Bear in Max Ernst’s Bedroom, in which Hoban describes an evening at the Five Spot in New York in 1958:

In a break between sets I saw Don Cherry nearby, he’d been playing a pocket trumpet, and I said to him – it isn’t something I’d say now but I said it then – ‘I like the way you’re taking risks with your music.’

He looked at me in a certain way, then he said, ‘Man, we ain’t taking no risks – however we’re blowing, that’s how we’re blowing tonight.’

I staggered back, annihilated… 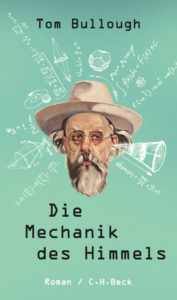 What defines risk, after all? Risk is when you have something to lose.

It took me a long time to learn how to write Konstantin. In 2003, I wrote 60,000 words of a story called Cosmos, which failed to bring together the Russian space industry, A-style antics and a journey that Ol and I undertook in summer 2000, from St. Petersburg to Tuva and Lake Baikal in Siberia. For almost a decade I took every opportunity to bury myself among the NASA translations of Tsiolkovsky in the British Interplanetary Society, to bother the librarians of Rhayader and Brecon for the philosophy of Nikolai Fedorov, to squirrel in the bookshops of Hay-on-Wye for histories of Stalin’s All-Union Programme for the Transformation of Nature. It was not, however, until the long year of penury and persistent rain that was 2008 that I finally understood what Don Cherry was saying. There really wasn’t anything to lose. There was only the book that wanted to be written – even if it was a book that, on the face of it, looked pretty well impossible. 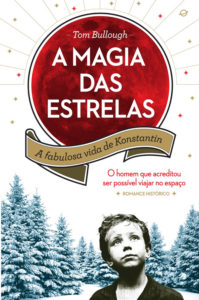 Konstantin, then, is the result of this process. It is the story of Konstantin Tsiolkovsky: the son of a Polish forester, born into the near-medieval world of 19th-century rural Russia, who lost his hearing at the age of ten but, ever gloriously single-minded, taught himself to become a scientist and went on to produce some of the most prophetic technological visions of his age. And if that sounds to you like some kind of futurist folk tale, that’s very much what I thought as well.

It begins with Kostya, the young Tsiolkovsky, who is walking alone in the forest in the winter when he encounters a wolf…

"A story full of interest, utterly convincing in its evocation of nineteenth century Russia. Konstantin is that rare creature, the practical dreamer, a hero at the dawn of modernity. It is beautifully written. A real achievement"
Andrew Miller

"A mesmerizing intensity. To attempt to capture not only an unfamiliar world, but also to novelize an unlikely fictional hero, is gutsy enough. But to do so while focusing vividly and compellingly on the intermediary moments and the slow accretions of thought is daring. Konstantin fascinatingly brings us an imagined portrait of a boy turning into a man"
Times Literary Supplement

"A fascinating world where literature and history intersect. A book not to miss."
Cosmopolitan (Portugal)

"Russia, winter and science – three subjects that, when combined with Bullough’s beautifully descriptive prose, made an enticing and charming read. Bullough is a writer I’m longing to read more of."
Gaskella

"I can't think of a more beautiful and gripping book I have read for ages. I couldn't put it down"
Kate Williams, author of The Pleasures of Men

"Beautifully crafted, elegantly plotted, with detailed characters and raw emotion, amazingly researched and informative, the perfection of this book starts with the cover, and is persistent through to the very last word.
Read it, read it, read it"
Little Words Review

"Tom Bullough’s brilliant, inspirational novel is a book that captivates everyone who reads it."
Men’s Health (Portugal)

"A tale well told of how a boy became a man. A fable-like study of inspired genius."
Herald

"Behind the poetry and lightness of the narrative, this is a beautiful meditation on the forces that imagination can set in motion."
Bifrost Magazine (France)

"Magnificent… Konstantin is an unconventional, impressionistic novel. It is a book about dreams, and what it means to be different from the pack in order to follow those dreams. And therein lies its power, and its beauty."
Polari Magazine

"Masterly… What prevails in this refreshingly sincere book is an infectious state of wonder, one that celebrates life, and not only space travel, as 'miraculous, endlessly inventive'."
Fiction Uncovered

"Marvellous… Here is a writer with a sculptor’s sensibility, conjuring planes, shapes and trajectories in three dimensions"
Western Mail

"A convincing account, lyrical yet exact, of the making of a scientist. Konstantin Tsiolkovsky may not be a household name, but the author has set him squarely before us as a living, thinking, ingenious human being"
John Banville

“It's nice when a novel surprises us, is it not? A Magia das Estrelas [is] beautiful and captivating. Brilliantly written.”
Porta Livros

"Tom Bullough has burst from his chrysalis with Konstantin. The novel is startlingly original and betrays with quiet assurance, a deep literary power beneath. I cannot praise it highly enough, simply for the pleasure it gave me, and the pleasure came from a skilfully crafted story, and masterful handling of character and atmosphere"
Chris Stewart

"Bullough calls this a 'futurist folk tale' and he’s bang on the money. It's clever, ambitious and oddly haunting"
BMI Voyager Magazine

"An excellent narrative… I really enjoyed this wonderful story about Konstantin."
Destante (Portugal)

Interview on Voice of Russia 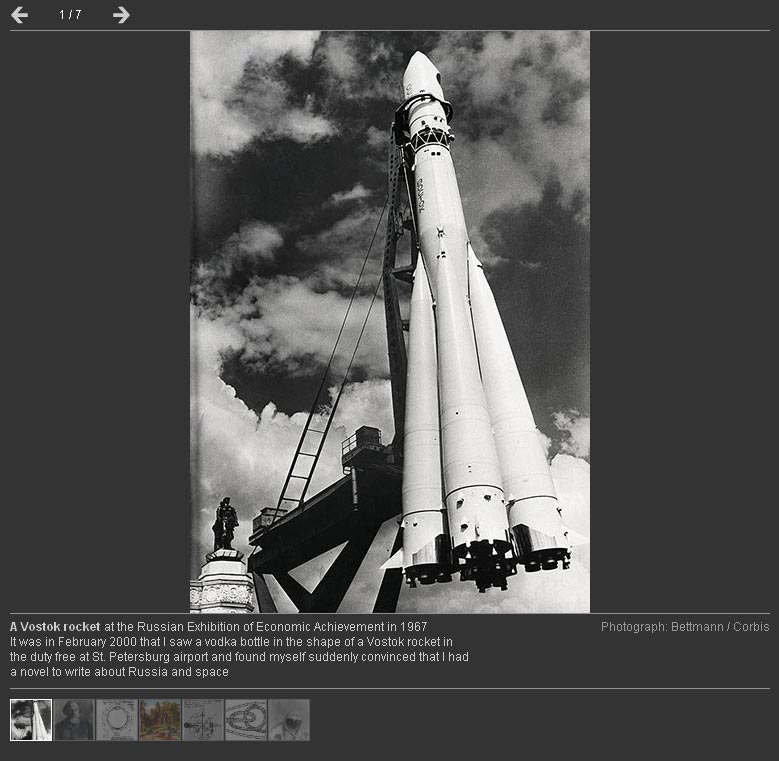