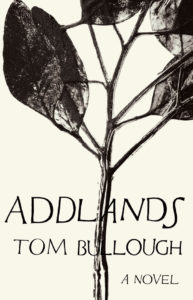 ‘addlands (i.e. headlands): the border of plough land which is ploughed last of all.’
W. H. Howse, Radnorshire

An increasingly long time ago, when I was a kid, we lived on a hill farm in a county called Radnorshire, which is, in fact, not really a county since it was absorbed into Powys in 1974. Officially, having been born in 1975, I have never lived in Radnorshire at all – which was a curious discovery whenever I made it. Local people still see Radnorshire quite clearly, in spite of edicts from the likes of Edward Heath. From our house we looked across hedges, fields and patches of woodland at Hergest Ridge and, out to the west, Colva Hill and Caety Taylow – hills I always loved particularly. They were tall and stark and purple when the heather flowered, and they concealed villages like Rhulen and Bryngwyn, which seemed somehow always to figure in stories – perhaps because my parents lived over there just before I was born. It was over there, on Glascwm Hill, that a woman lost her way one night and drowned in one of the mawn pools. It was over there, on some destitute farm, that a man would shoot crows off the backs of his ewes, doing for both of them more often than not. The hills around the Edw Valley, and the Valley itself – in late spring, with the hawthorns in blossom, as beautiful a place as I have ever seen: those were the places beyond the horizon.

Which is my best explanation for the setting of this novel. Radnorshire: a place of history, but also, literally, a place of the imagination. And, in Radnorshire, where else but the Edw Valley? 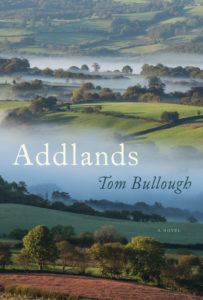 I didn’t know much about Addlands before I sat down to write – except that it would take place over seventy years, from 1941 until 2011, while at the same time tracing the seasons from early January to late December. (This idea, should anybody be interested, came from Robert Graves’s spurious interpretation of the Ogham alphabet in The White Goddess.) It took me several months of thinking and drafting and persisting to figure out that it is the story of a young woman, Etty, who (in 1941) has become pregnant out of wedlock, married a much older man named Idris and moved to his remote, unforgiving farm several miles up the Edw Valley. The farm is called the Funnon, which is an Anglicisation of the Welsh word ffynnon, meaning ‘spring’ or ‘well’ or ‘source’. It is here that Etty’s son, Oliver, is born. Even for the time this is a backwards place, a place of horses, candles and bread ovens – in part because of its situation, in part because Idris, a dogmatic Methodist and traumatised survivor of the First World War, has turned his back on the modern world. In fact, nothing substantial has changed here since the Enclosure Acts and, this close to the English border, the loss of the Welsh language in the 18th century. But the Funnon is no island, no matter how Idris might wish it to be. Etty has arrived, and Oliver with her. Mechanization is becoming irresistible, and with mechanization comes everything else: all of the various other technologies, rural depopulation, the demise of religion and local dialect, the changing roles of men and women, the changing relationship between people and the natural world…

Sometimes I think Addlands is a book about feminism.

Sometimes I think it’s about the sacred in the landscape, about what is left once the church and the chapel have gone.

One thing I can say for sure about Addlands is that it is an absolute assertion of the Welsh Borders. They are here in the corrupted Welsh place names, in the ‘unkind’ landscape, in the traces of historical conflict, in all the many dialect words and idioms. And they are here in the characters – particularly in Oliver, whose life the book follows. If there was one other thing I knew before I started writing it was that Oliver would grow up to be vast, grand and belligerent: the winner of more pub fights than he can remember, a man around whom legends have clustered even as, five miles away, nobody has ever heard of him. Oliver is a hero in his corner of the hills, and he knows it. He is also nobody, and he knows that too. The book is thick with this sort of paradox. This is Radnorshire: a place of utmost obscurity so far as most people are concerned, a place on the edge of England, on the edge of Wales, a place that formally does not even exist, and yet for him and Etty and Idris (and me) this is the centre of the world.

So, I realise, I knew yet another thing before I started writing. This had to be a book written on the terms of its characters, who are Radnorshire people. It had to accept that, although pretty much every other Welsh Borders novel ever written (The Claude Glass included) has seen this area as divided between, as Raymond Williams puts it in Border Country, the ‘Cymri’ and ‘the Saxon hordes’, in fact, like anywhere, this is its own place with its own landscape, its own language and its own traditions. To do the Borders justice, they could not be defined on the terms of the larger, more dominant cultures to either side.

Which is why Addlands does not contain the words ‘Wales’, ‘Welsh’, ‘England’, ‘English’ or even ‘border’ at any point.

PS A couple of years ago I wrote a thesis / critical overview for a PhD by Portfolio at the University of South Wales. This explains the origins of Addlands, contrasts it to The Claude Glass and other Welsh Borders writing and basically says more on this subject. If you’d like to read it then please help yourself. You’ll find it here.

“Thrillingly written, Addlands traces the lives of a farming family on the Welsh borders through seventy years”
Spectator

“In crystalline, perfect and stunning prose, Tom Bullough sites, convincingly and movingly, the entire history of these islands in a small section of Radnorshire. This book… will improve the broken, atomised world. It is an astonishing work of words”
Niall Griffiths

“Hauntingly beautiful and harshly realistic… When he is finished, you find the place has become a part of your very soul”
Manhattan Book Review

“This is the book we have been waiting for from Tom Bullough, a complete work of art, astonishingly beautiful, deeply moving and gripping from first to last… the story of how the land made us all, and how the last century has changed us. Zola would have saluted it, and pressed copies on his friends”
Horatio Clare

“You’ll be left yearning for the Welsh hills”
Sunday Times

“Addlands sensitively interweaves the fortunes of its protagonist and of the remote Radnorshire valley where he lives and farms, over seventy years”
Times Literary Supplement, ‘Best Books of the Year’

“An elegy to a world and way of life that’s fading away… Bullough captures the beauty of the landscape and those who work it in clear, unfussy, always elegant prose”
BBC Country File Magazine

“Tom Bullough’s story of one family’s struggle in a world of continuity and change is beautifully imagined and exquisitely told – passionate, lyrical, profound, sad, and sometimes, too, when you least expect it, very funny”
Carys Davies

“One of its great strengths is in the clear truth of its language and the sheer humane depth of its inquiries. It is a beautifully written book”
Rev. David Stanton, from his Addlands sermon in Westminster Abbey

“Ambitious in scope… the author’s psychological understanding of his people is particularly impressive… Bullough views his subjects, as E. M. Forster wrote of Thomas Hardy, ‘from an enormous height’”
New Statesman

“A truly ambitious mixture of social realism, folklore, Romanticism and imagistic paean to nature. To say it’s Poldark meets Dylan Thomas is to undersell Bullough’s clout as a serious novelist, but in truth you could approach it either as a made-for-TV noirish romp or a cutting-edge work of art, and love it either way”
The Times

“Bullough has written a novel of sublime attention and done do with great authority. Quietly passionate, dextrously evocative and engrossing, Addlands is indisputably relevant. It deserves to be recognised as such”
Caught by the River

“The [characters] are realised so fully, and with such vitality, that there seems no doubt about the blood running through their veins… Bullough has a flair for alchemical descriptions, thrillingly repurposing adjectives and verbs… He also clearly savours the tang of his characters’ tongues [with] occasional, gloriously unexpected sunbursts of humour”
Observer

“Written with a poet’s eye for evocative detail, Bullough’s powerful tale evokes the bleak, brooding beauty of his native landscape… Addlands is an immensely enjoyable and haunting story – but keep a handkerchief nearby”
The Lady

“One of the (many) beautiful things about Addlands is how Bullough keeps the world of the book separate from the world beyond the valley. It is a character study of a place and time and how the people moving through it leave their strange marks on its surface”
3:am Magazine